The Stewart Blusson Quantum Matter Institute is developing the first nanofabrication cleanroom facility at the University of British Columbia. The state-of-the-art laboratory is set to become the first of its kind in Canada. Three distinct clean rooms have been constructed, including an ISO 5 (class 100) yellow room, an ISO 6 (class 1000) yellow room, and an ISO 6 white room. Completing the suite are an ISO 8 vestibule, an ISO 7 gowning room (or anteroom) and a custom-designed air shower.

The major investment made in this project will provide a more streamlined production process for researchers who are designing nanostructures on semi-conductive substrates. The clean room environment inside the nanofabrication facility will be available to both academic and industry users.

Here is the 3D virtual tour of the nanofabrication facility’s cleanroom.

Mario Beaudoin, researcher and manager of the NanoFab facility, has studied and worked in several different cleanrooms throughout his career and mentioned that the Mecart cleanrooms are very high in quality. “What I like most about our new cleanrooms are the air pressures and the solid ceilings. The doors are nicer than most cleanroom doors because there are less places where dust can hide,” said Beaudoin.

The final product is a true representation of the client’s vision despite the challenges. Beaudoin added, “We expect to double our usage of the cleanroom because it’s so much nicer than our old cleanroom and offers better quality to users.”

We expect to double our usage of the cleanroom because it’s so much nicer than our old cleanroom and offers better quality to users. 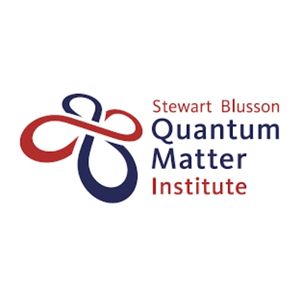 UBC’s pre-existing cleanroom was half the size, and no longer able to provide the cleanliness required for device fabrication across multidisciplinary applications. In creating the new design, the Mecart team was challenged to build a custom air handling unit that could support all rooms of the cleanroom space.

Due to its size, the air handler then needed to be built on-site because it was too large to fit through any of the building’s doors. A lack of available ceiling space also required Mecart to provide custom ductwork. 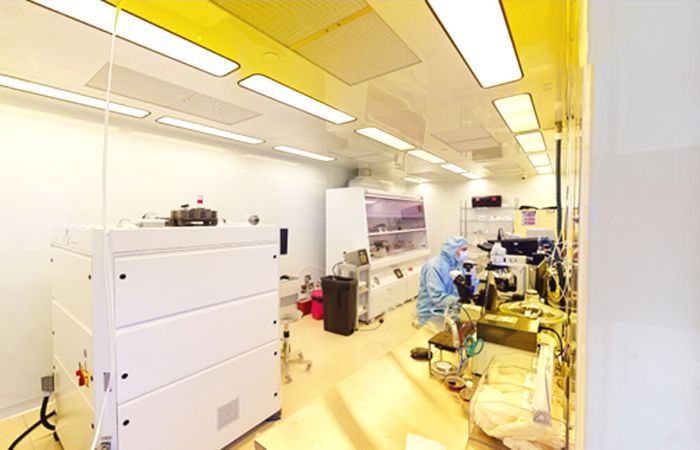 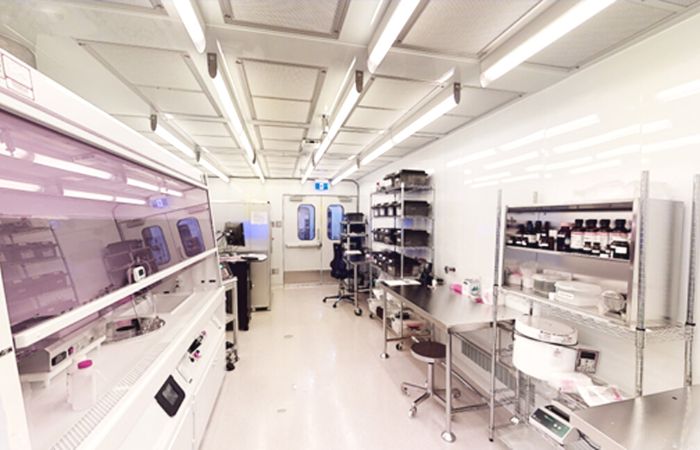 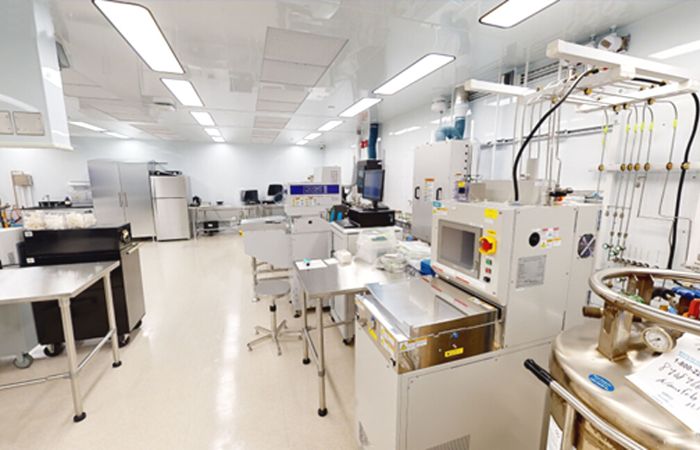 DO YOU HAVE A SEMICONDUCTOR CLEANROOM PROJECT AND DON’T KNOW WHERE TO START?